A surface acoustic wave (SAW) delay line, consisting of two inter-digital transducers (IDT) when stretched along the propagation direction or bent as a cantilever beam, its substrate becomes stressed causing an elongation of the substrate, in turn, causing an increase in the centre-to-centre distance between the two IDT’s. High stress also changes the material and its elastic constants causing the velocity Vs of the surface acoustic wave to change. This change can also be brought by change in temperature, pressure, force, and the delay line can thus be used as sensors for temperature, pressure, force, displacement, and so on.

One method of using the delay line as a practical sensor is to introduce it in the feedback path of an amplifier to obtain an oscillator with its frequency as a function of the stress. The figure is shown below. 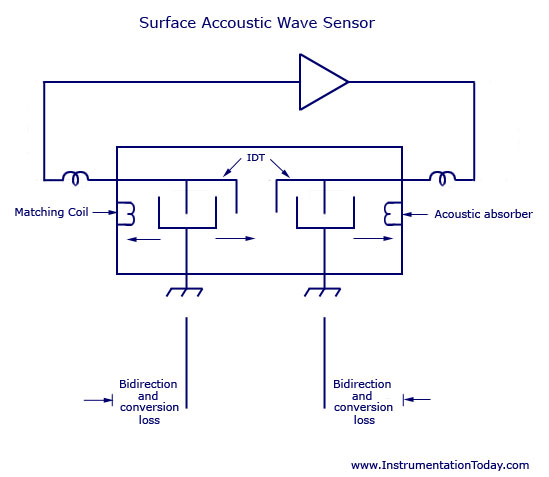