The working of a thermocouple type vacuum gauge is very similar to that of a pirani gauge. The only difference is that the hot wire temperature is measured directly with a thermocouple which is attached to a wire. For different pressures, the temperature is measured by the fine-wire thermocouple, the hating current being initially fixed by the resistance as shown in the figure. This device is usually used for comparison purposes. The sensitivity of such an instrument depends on the pressure and the wire current. 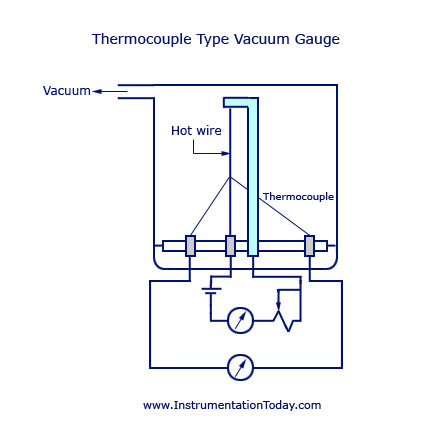 You may also like: Vacuum Gauges and Pressure Sensors

The figure below shows the working of thermocouple gauges for comparison purposes. Two sets of thermocouples are used to measure temperatures of heater wires in the two chambers and oppose each other. When there is a difference in pressures, there occurs an unbalance which is measured by a potentiometer circuit. Instead of a single thermocouple per wire, a thermopile is often chosen to increase sensitivity. The thermocouple gauge is also composition dependent and needs empirical calibration for the high vacuum range. 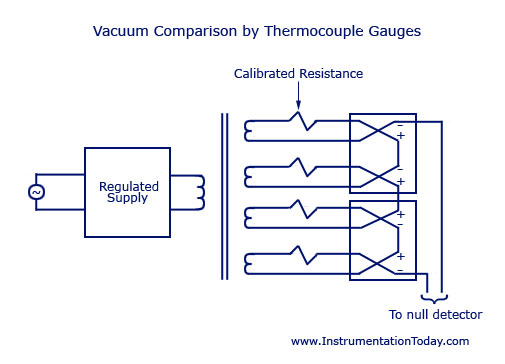