There are mainly three types of electrical pressure transducers – inductive, resistive, and capacitive. The inductive type consists of a Linear Voltage Differential Transformer (LVDT) where core is positioned by the pressure through a diaphragm or a bellows element as shown in the figure below.

The same method can be extended to develop a null-balance type instrument as shown in the figure below. Feedback through the force coil produces the wanted balance while the output is taken across resistor R and is of value K*(p1-p2), K being a constant. 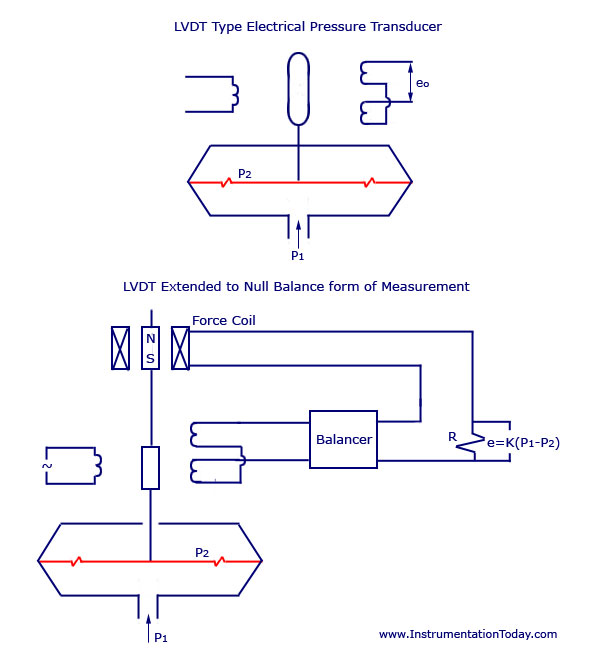 Some of the most commonly used electrical pressure sensors are:

In resistive pressure transducers, the pressure operates the primary sensors as in a bourdon tube, a diaphragm or a bellows element or even the liquid column in a manometer. The mechanical movement of this primary sensor is then converted into electrical signals by resistance variations as shown in the figures below. Figure (4) shows a liquid contact type resistance pressure gauge where with increasing pressure more and more resistances are shortened and the resistance R is decreased. A current meter will directly indicate the pressure. 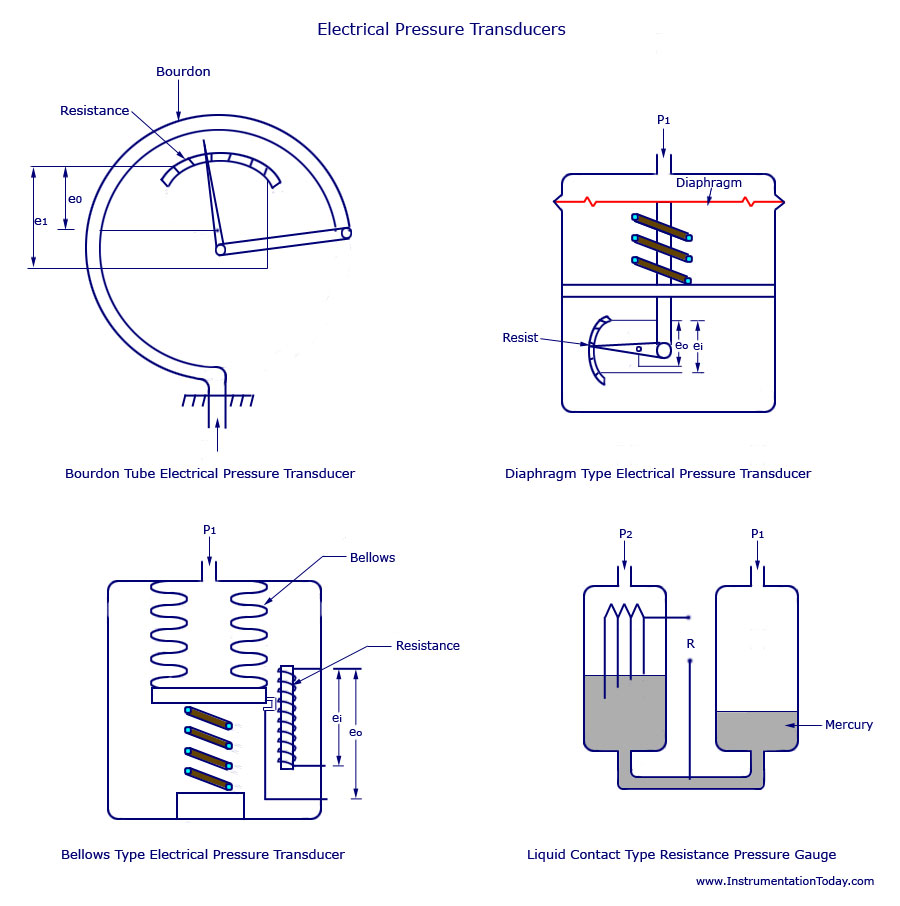 The modified system is shown in the figure below where a resistance ratio element is used. Long resistance wires are introduced into two manometer legs containing a conducting fluid. The unbalance current in galvanometer directly indicates the pressure difference (p1-p2). 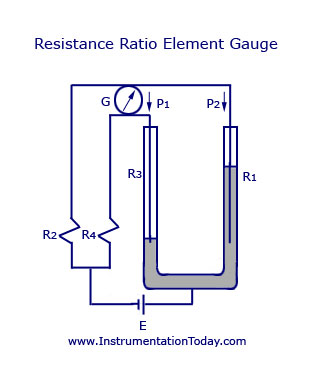 When a wire is subjected to pressure from all sides its electrical resistance changes. This principle can be utilized to obtain a primary type resistive pressure sensor and is called as a Bridgeman pressure sensor. The distortion produced in the crystal lattice due to the external pressure causes the change in resistance. In most common metal wires, the resistance decreases with increase in pressure, while for antimony, bismuth, lithium, and manganin, it increases. In cesium, it initially decreases for small values of pressure changes and reaches a minimum, beyond which it increases with increase in pressure. But these metals cannot be used for practical purposes in a bridgeman gauge. The gauge must be used at a constant temperature, and has a range from 0 to 1000 MPa, but usable only at high pressure, as, at low values of pressure the change in resistance value is very small because of the small value of the pressure co-efficient of resistance.

The constructional features of bridgeman gauge has improves since it was first proposed. The basic construction is shown in the figure below. It has a bone ring shape with an insulated manganin wire having a pressure co-efficient of resistance of 23×10-7 cm2/kg so that the total resistance of the wire is 100 ohm. The winding is generally bifilar for avoiding inductive effect. Carbon can also be used for pressure measurement in the form of granules or discs. With pressure, its resistance also changes, but non-linearly and is not suitable for a linear scale measurement. The carbon resistance pressure gauge diagram is shown below. 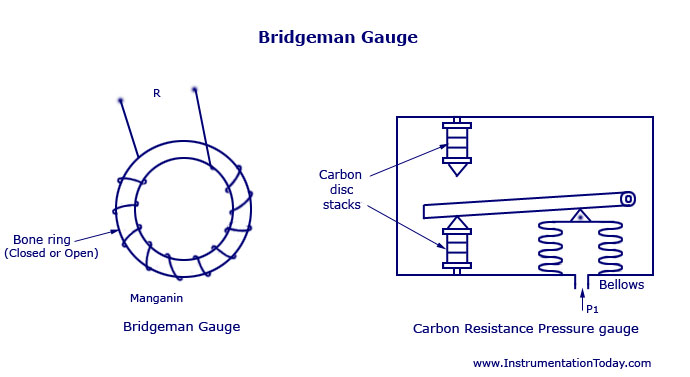